Healing a Relationship with Food: How Glenda Did It 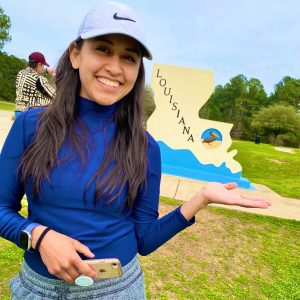 Are you working on healing a relationship with food?

All my clients are quite amazing but occasionally one comes along whose narrative is somewhat different.

I normally work with women of a certain age – still, this young woman contacted me because she struggled with her relationship with food.  A bit later I’ll explain how this came about.

Glenda was far younger than my usual clientele. After completing our 8 weeks together, I thought her story inspirational and felt her message should be heard.

I asked Glenda if I could share her story on my blog.

The influence of social media

Growing up my family ate anything and everything – I always had a great relationship with food.

As I became an adult, social media came into play and started to influence my food choices – in a big way.

My friends and I just wanted to be healthier.

As I got deeper into wanting healthier habits, things changed, and not in a good way. Subconsciously and slowly I started to develop a good food/bad food mentality. It was draining me emotionally and physically.

The amount of information on the internet and in social media lures young women like Glenda in. I see this happening more. Who, why, or what to believe? Info overload is not helpful and often harmful.

I started eliminating things from my diet. First, I told people I didn’t eat meat. Then I started avoiding all animal products. Influenced by people I followed on Instagram, I labeled myself vegan – I thought being vegan was good and better.

When I desired meat or other ‘nonvegan’ foods I would talk myself out of those cravings because I had told people I was vegan – I couldn’t go back on what I said. I feared judgment. I was forcing myself into a vegan lifestyle and kept telling myself I was fine.

It took making plans with a friend for me to realize I didn’t have a good relationship with food.

We planned to meet one day after work, and she knew I didn’t eat meat and was following a vegan lifestyle. Earlier at work, I started craving tacos – and not vegetarian tacos. It’s all I could think about yet was shaming myself for feeling that way. I’m vegan – I’m not supposed to want to eat meat.

The craving won. After work, I sped to Fuel City, got my tacos, hid in my car and stuffed them down quickly before I met up with my friend.

That was the moment I realized I needed professional help. I was hiding from myself and those around me. I never thought I would be sitting in my car telling myself, ‘You need help.’

The next day I went to the eatright.org website and looked for dietitians. That’s where I found Neily!

Glenda made an appointment for my complimentary strategy session. Despite trying to be vegan, she confided she knew she was not eating a balanced nutritious diet. She was experiencing fatigue, dizziness, and noticed bumps on her nails. Glenda did not need to lose weight, but she did. “My face was sunken, and I felt bony.” Not knowing what to do overwhelmed her.

Glenda wanted and needed her energy back. She wanted healthy nails again and the feeling of happiness, contentment with food and eating – like she had growing up.

She ate an apple – that thrilled me!

“I miss breakfast,” she told me. Because of what she heard about intermittent fasting, she thought that’s what she should also be doing. “I miss my morning smoothies.”  Her plan was to go back to a smoothie for breakfast.

On my first call with Neily [the first ‘official’ call of Glenda’s 8-week program], we talked about the goal I set for myself the week before – having a smoothie for breakfast.

I told Neily I only ate an apple – I was ashamed.

I remember that call so well. Because Glenda set a goal for herself of having a smoothie for breakfast she thought because she only ate an apple that she had failed. No. No. No.

Glenda went months without eating breakfast – eating an apple thrilled me. She ate something. It was only a matter of time when she was back to her regular smoothies.

It was a struggle for me, but Neily made it a smooth ride – one I couldn’t have done on my own. She helped me overcome the fear of judgment, see diets differently, and a bonus was I connected with my family on a deeper level.

Glenda lived with her parents, but she wanted to start cooking for herself – make her own meals. “I want to learn.”

What are you thinking I asked? “I’d love to make spinach enchiladas.” We went online and found some recipes and videos. The following week Glenda reported back – she made spinach enchiladas for her family. By doing so she realized how much she enjoyed doing for others.

Over the course of weeks, Glenda made meals with her sister and her father. Her dad liked to cook, especially homemade soups. She never thought of cooking with her father, but they did – they made soup together.

It wasn’t anything planned, it just happened. The experience of cooking and interacting with her family was an unplanned bonus.

I got to bond with my dad, and it made us closer. He cooks well and taught me some things in the kitchen. I never knew he had such good cooking skills! Getting my family involved in my cooking versus just cooking for myself was something I had not considered. Connecting with them, learning from my dad brought us closer together as a family.

Neily gave me tools to keep going on my own while at the same time assuring me that she would always be available outside of our scheduled calls.

I realized I didn’t need a ‘vegan’ label anymore.

I eat what I eat and don’t let myself feel judged. I won’t hide from the world and most importantly myself any longer.

I now love and enjoy food (again) without hesitation!

My story – Healing a relationship with food

Like Glenda, my own experience influenced my eating habits when I was younger. Starting in high school I began eliminating foods. I stopped eating red meat for my health and weight management.

It wasn’t until many years later when I was in graduate school studying nutrition that I recognized what I had been doing – it was restriction. Restricting what I ate to manage my weight in the name of health. Unlike Glenda I didn’t seek professional help – I didn’t know where to go.

One of my dietetic interns wrote a post for my blog about her own unhealthy relationship – and subsequent recovery – with food. You can read it here. She writes about orthorexia – a term used to describe a disordered eating pattern which begins as a desire for healthy eating but intensifies leading to an unhealthy obsession with eating.

Orthorexia is what I’m sure I had in my dieting days of restriction although the term was not coined until decades later.

Without a coach/helping hand it took me many years on my own to develop a healthy relationship with food. Now there is nothing more rewarding than having freedom with the food I eat, eating without guilt, and not obsessing about every bite.

Freeing up obsessive thoughts left me with more headspace to take care of myself. Glenda would agree. And thank you, Glenda, for allowing me to share your story and in your recovery.

Can you relate to Glenda’s story? Are you interested in healing your own food relationship? I’d love to help. Let’s talk about it!

Other blogs of interest: