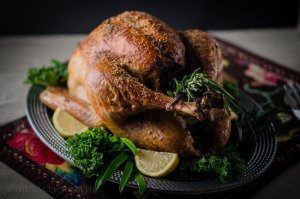 Thanksgiving is almost here and for the 1 percent with celiac disease and estimated 6 percent with gluten sensitivity it undoubtedly will be a challenging holiday to maneuver. But quite honestly I’m not worried about them. They take their disease very seriously and don’t mess around. Plus there are numerous resources they most certainly have turned to. (This post is not for them.)

It’s the other estimated 20 to 30 percent that follow a gluten-free diet for a myriad of reasons. I recently wrote about this in a post Gluten-Free – the real reason it might help.

Gluten will be lurking in many places—the gravy (flour), stuffing/dressing, dinner rolls, and of course pies and other desserts. If your family makes the traditional green bean casserole, beware the mushroom soup and fried onions.

Just a thought. Don’t be the guest who makes an issue of not being able to eat anything because of being gluten-free. You may go on and on and preach the wrath of gluten and how horrid it is (it’s not, to most people) causing every problem known to man. Blah, blah, blah.

Get your FREE 19-page guide - The Truth About Carbs.

Hosts may bend over backward to accommodate you as you insist upon not eating anything with gluten, fearing its poison. 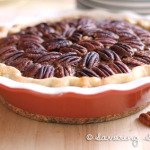 But then it’s time for dessert.

What’s one small sliver of your favorite pecan pie going to do? (If you have celiac, it potentially could do great harm—even just a crumb.) So you ditch the gluten-free and go for it. Really? Did you just do that?

A while ago I was out with a large group of people—most I didn’t know very well. We were at Fireside Pies—a terrific place that serves specialty pizzas with many interesting toppings.

One individual and his partner were gluten-free and could not eat the regular pizza dough so were going to order their own gluten-free crust separately. Our very gracious host didn’t want them to feel left out and heard Fireside Pies gluten-free crust was excellent so ordered all GF.

On a side note, I was curious as to what my peers with celiac would do in a situation like that so asked. These were standard responses.

Back to Fireside Pies (which by the way did have excellent GF crust!). The server was extremely gracious and went out of her way to be accommodating to the couple. 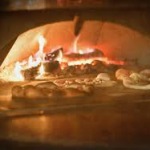 When it came to order desserts she made it very clear which desserts were GF and which were not. But did it matter? Nope. Bring on the gluten-filled apple crisp! They ate it. Granted just a few bites each, but that didn’t matter. They ate it.

I kept my mouth shut. I really wanted to say something but no one knew my profession and at that moment I preferred to keep it that way. So I wrote about it (smile).

Imagine what the server might think. I’m sure they encounter this all the time. A good server will (hopefully) treat everyone seriously, all the time. But what if they don’t (take it seriously)?

My heart goes out to those who truly must follow a gluten-free diet or have a food allergy—or else. Their health depends on it. But for those wannabes? For shame.

In someone with celiac disease, absorption of nutrients occurs due to damage of the villi of the small intestine. Consuming gluten—a protein found in wheat, barley, and rye—causes the immune system to respond and damage the villi. When the damage occurs to the small intestine—the major site of nutrient absorption—the body is unable to absorb nutrients which can ultimately lead to malnourishment and other complications. (Source: celiaccentral.org)

Underlying problems may be an indication of celiac. Many conditions may be related to celiac. Review this symptoms checklist from the National Foundation for Celiac Awareness (NFCA).

Wishing you the most enjoyable Thanksgiving with your family and friends! 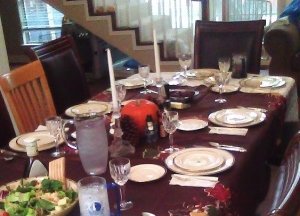 Dinner with friends and family