Can the food industry be blamed for obesity? 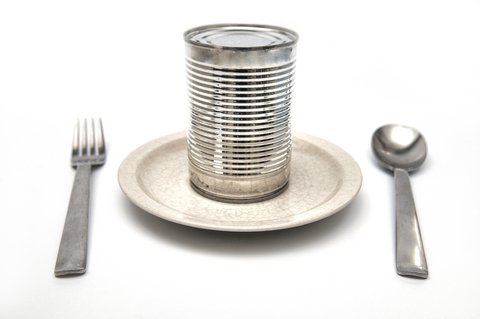 If the majority of your diet comes in a package, box, can, or from a drive-thru, chances are you might be able to blame your weight on the food industry. A few years ago I watched the most fascinating 60 Minutes segment. I still have it saved on my DVR. There is a company that is one of the largest in the food industry for what they do. You likely never heard of them. I had not. Givaudan is a multi-national Swiss corporation with roots that date back to 1820. They employ over 9,000 people in 45 countries. They began as a leader in fragrances and remain so. But it’s the flavor part of their business that fascinates me. 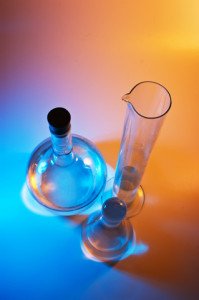 What do they do? They create the flavors we have grown to love. By extracting molecules from foods like fruit they can recreate the flavors in a lab that just might be the next breakthrough beverage. Their chewing gum and soda flavorist has created thousands of flavors—750 just for orange, tangerine, and mandarin. She explains how raspberry can have so many flavors—jammy, sweet, floral, seedy. It’s endless she states.

You know that distinctive flavor McDonald’s self-proclaimed world-famous fries have? (I have no idea what that taste is. Wink. Wink.) It’s not the potatoes, or the fat it’s fried in, it’s natural beef flavor—a lab conception.

Top chefs from all over the world gather to demonstrate their best creations. The winning tastes are then re-created in the lab and may eventually end up in someone’s lunch bag as a frozen meal. Have you looked at a food label and seen natural or artificial flavor? That’s Givaudan (or other flavor company) doing their magic.

There is powerful application for the technology used in a healthful way. For example salt. We eat too much of it. It’s a preservative that also enhances the flavor of food. People tell me they don’t salt foods. “I threw the salt shaker away years ago.” Great. However, the salt added in cooking and at the table accounts for only 25 percent of the salt in our diet. Seventy-five percent is from processed foods and foods eaten away from home.

One of the biggest culprits?  Bread. One slice of most store-bought breads has more sodium than an ounce of salted nuts. Unless you have completely eliminated all bread products you’re probably getting more than you realize.

Salt—more specifically sodium—serves a function in the making of bread. Givaudan may not be able to reduce the sodium in the bread; where it really comes in to play is being able to reduce salt as a flavor enhancer. That’s a good thing!

Inside the Flavor Factory

Back to the 60 Minutes segment called Inside the Flavor Factory. Morley Safer and a team of Givaudan flavorists were in a fruit orchard sampling fruit from trees. Here is what aired:

Wow. That short 30 second clip in the 14 minute segment really got me thinking. No wonder it can be so challenging for my clients struggling with weight. Can we blame the food industry? No. They’re just doing what they are in business to do. Making money by making products that will sell. They’ll argue no one is forcing consumers to buy the products.

I hear time and again, we’re just giving them what they want. I beg to differ. As Steve Jobs famously said, “How does somebody know what they want if they haven’t even seen it?” And as Henry Ford remarked, “If I had asked people what they wanted, they would have said faster horses.” People didn’t know they wanted cars—the demand was created. Who knew they wanted a coffee milkshake with a fancy name? What an ingenious way to get customers into a coffee shop in the afternoon.

Having worked with many people struggling with weight, it is one of the reasons I advocate for a more wholesome, whole food, minimally processed diet.

David Kessler, MD, is the former head of the FDA and author of The End of Overeating. (An excellent book I highly recommend.) He talks of how the flavors are so stimulating, they hijack our brain. Another terrific book that speaks to this is Salt Sugar Fat: How the Food Giants Hooked Us by Michael Moss. You can read an excerpt from the NY Times—The Extraordinary Science of Addictive Junk Food.

Does that mean you can blame a weight problem on industry? No. But highly processed/manufactured foods certainly don’t help.